I woke up, a little tipsy from last night drink at the law dinner. It was awesome, I can never forget the look when I ordered for a plate of *“Amala on the spot”* in place of the Chinese others ordered. That Amala ehn…….follows the name. It was on the spot, Unrivaled. After I had it, all those chicken hearted lawyers followed suit. All dem follow follow.
I woke up *9:12am*. Toyo, when they say be there at 9am, you are waking up at 9:12am. Hmmmm. I sha got up. I was careful not to say I would make it, should I actually not make it. So, it wouldn’t be a second time, I will be promising and failing.
I left the house 10:10am got a cab and the estimate price for the cab was fair enough and I was to arrive at the venue for 10:40am. I got to the Expressway Primary School, even a blind man won’t miss it. Dropped at the gate and walked the stretch.
I have never ever met anyone at CrimsonBow before, so I got my introductory skills on. I spotted Timi Edwin…..Mama CrimsonBow. Her red lipstick unmistakable and trust me, she was hot de-la trot. Then I met Greg, towering over me like King of the North (Hey, I have never watched the series, so if I am wrong with the title, please feel free to re-adjust that) He was indeed towering over me. Toyo is a *very* petite lady.
I met Timi’s mum (what a sweet Mama, couldn’t believe how pretty and flawless she looks), Pelumi was also great (Did his camera thingy well and I remember I caught him playing football) Hell yea, I could have joined him too. But, then you will get to know what made me laugh, petrified, shocked, annoyed and at the same time grateful.
Oh I forgot, I met Boluwatife (awesome lady, works like a workaholic, effortlessly and diligently picking and dropping stuffs, she made everything look like ABC), Emuesiri (tough lady with a very tender heart. She kept me rolling with laughter almost all day, particularly when she asked if I have ever worked in a pharmacy before.) I wonder too. Maybe I have o. Who knows. I also met ermmmmmm…..ermmmmmm…….what is her beautiful name again? I remember now Temilade, She is one strong wonder woman. Then I met the brothers, that initially confused me as a twin, too identical to not be twins, to my shocking amazement, they are not. Can’t remember their names. Then Jumoke, the happy one. She had the kids under control, mehn I admire her.
A little bit of packing here and there. biscuit,

happy hour, sweets, cakes, chinchin……. etc. The party packs was wonderfully packed. Even the drugs was not spared, we had to count, I could not stop laughing at Emuesiri hopelessness at getting the figures right. Timi had said a particular number of Vit.C per pack, I remembered, but Emuesiri face at each count was priceless. I still relish the moment. She looked like a puppy all the way. It was one hell-of-a-work, but one that’s worth it every step of the way. 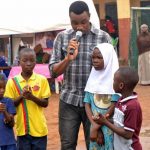 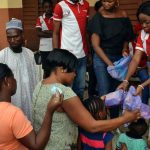 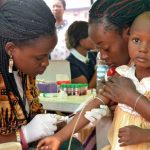 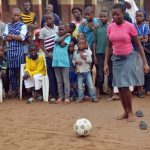 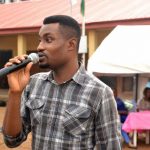 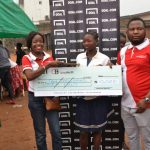 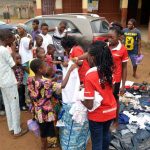 CrimsonbowSci 0
Project empower a warrior took place at LCCI BUILDING, Alausa Ikeja,Lagos on MAY 11th 2019. it is ...